What is interviewer bias?

When you're job hunting, the interview process is key. You want to make sure that you present yourself in the best possible light and that your interviewer gets to know the real you. But what if your interviewer is biased?

It's not uncommon for interviewers to have biases, whether they're conscious or not. These biases can come from a variety of sources, including personal experiences, stereotypes, and even the way the interview process is structured.

If an interviewer is biased, it can impact the way they perceive and interact with candidates. This can lead to unfairness in the hiring process and ultimately result in talented people being passed over for jobs they're qualified for.

There are many different types of interviewer bias that can occur during the hiring process. Some of the most common include:

1. Confirmation bias: the interviewer only looks for information that confirms their existing beliefs about the candidate. As such, if they believe the candidate is not qualified, they will only look for evidence to support that belief.

2. Stereotyping: the interviewer makes assumptions about the candidate based on their gender, race, age, or other personal characteristics. As an example, an interviewer may assume that a young woman is not as capable as an older man and therefore ask her less challenging questions during the interview.

4. Anchoring: sometimes interviewers base their opinion of candidates on the first piece of information they receive about them. For example, if they first hear that the candidate has applied for a position as a bookkeeper, they may ask questions about bookkeeping and not about other responsibilities of the job.

5. Liking: many interviewers prefer to hire candidates they like. They may unconsciously ask questions that reveal their preferences, and then go on to base their decision on the responses.

7. Scarcity principle: interviewers may also place undue emphasis on the few pieces of negative information they receive about the applicant. As such, if the applicant comes across as charming and well-groomed, but is a few minutes late for the interview, the interviewer may emphasize the lateness of the candidate's arrival.

8. Social approval principle: interviewers may also place undue emphasis on the opinions of others. For example, if the hiring decision is being made in consultation with a subordinate or boss, the interviewer may be inclined to make judgments based on the other person's opinion.

The effects of interviewer bias

LinkedIn's data shows that 42% of recruiters believe interviewer bias is one of the main reasons why interviews are inefficient.

Interviewer bias can lead to hiring people who are "just like us", rather than the best candidate for the job. Studies have shown that people tend to hire those who are similar to them in terms of race, gender, education, and even personality. This can create an environment where certain groups are excluded and underrepresented.

Additionally, when people hire others who are just like them, it can lead to a lack of diversity in thought and perspective. This can stifle creativity and innovation, as well as limit the potential for growth within the company. 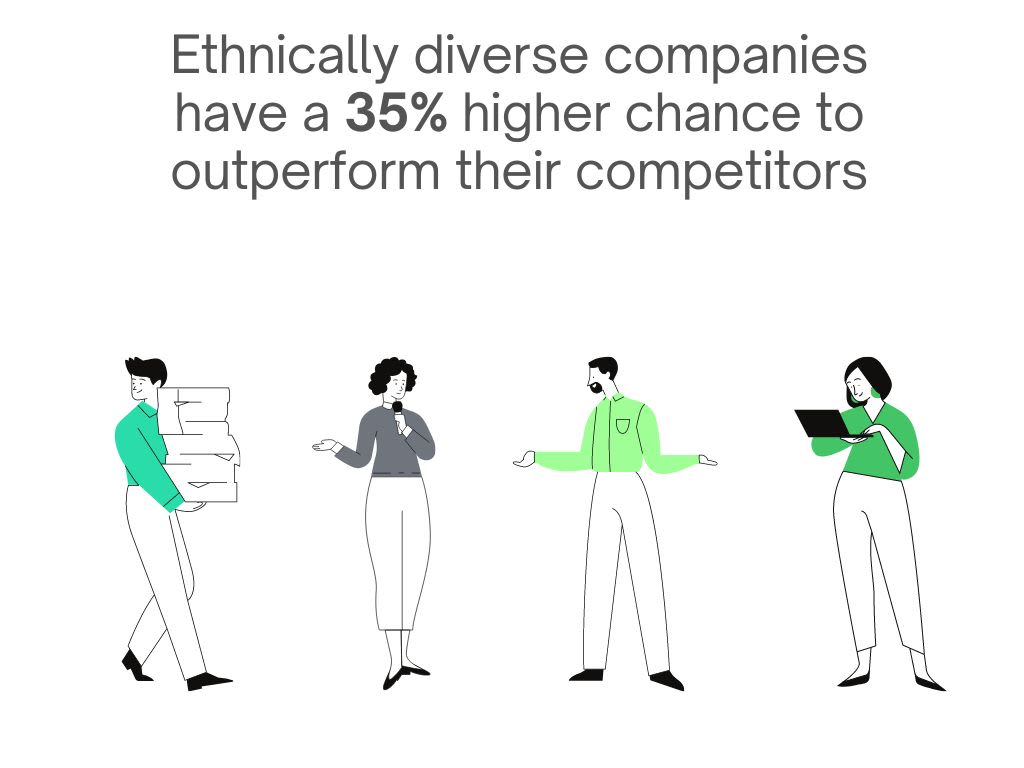 How to avoid interviewer bias

The effects of interviewer bias can be mitigated by taking measures to ensure that all interviews are conducted in a fair and unbiased manner. Here are a few steps companies can take to ensure they are making the best decisions for their business:

1. Train your interviewers on how to avoid bias. This includes things like acknowledging their personal biases, being aware of the questions they ask, and understanding the body language they use.

2. Create a structured interview process. This means having a set of questions that all candidates will be asked, and making sure those questions are relevant to the job they're applying for.

3. Consider using blind resumes. When you review resumes, don't look at any information that could lead to bias, such as names or schools attended. This way, you can focus on the candidate's qualifications and experience rather than any personal factors.